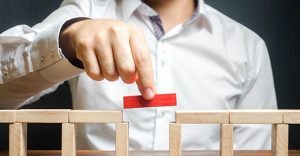 The gross tax gap generally is defined as the difference between estimated “true” tax liability for a given period and the amount of tax that’s paid on time. The IRS recently released new tax gap estimates for tax years 2014 through 2016. The data shows that the estimated tax gap increased to $496 billion, a rise of over $58 billion from a prior estimate. The IRS emphasizes that the estimates can’t fully account for all types of tax evasion. The tax gap estimates translate to about 85% of taxes paid voluntarily and on time. After IRS compliance efforts are taken into account, the estimated share of taxes eventually paid is 87% for 2014 through 2016. For more details: https://bit.ly/3UewtC2 . Contact Cg to ensure that you and your business are complying. © 2022